A Lifestyle of Being Prepared

Every time sirens wail nearby, I am transported back to the few critical minutes before exploding onto the scene of who knows what crisis. We didn't need coffee back then. Adrenaline was reliable enough.

Every squawk of the radio - the right combination of tones... it was like dispatch was dialing up the combination to our adrenaline vaults. When we heard tones for our unit, the vault was open, chemicals flowed through our veins, fog cleared, our backs got a little stronger and our feet moved faster. 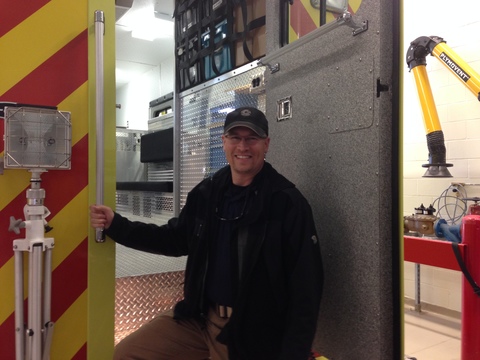 Muscle memory kicked in. Gear check... check. Personnel check... check. Communicate, navigate, and get ready. By the time we got to "get ready," the brain was back in control and we'd find ourselves searching for the mental tools we might need in the coming hour or two.

The "ectopic brain" that I kept in my uniform shirt pocket would come out en route. I'd flip through it's pages to the sections that most closely resembled what dispatch told us we'd be facing. Review: pediatric medication dosages, cardiac arrest algorithms, rhythm signatures, or the rules of nine, the Apgar scale. Whatever we thought we might encounter. A quick scan usually brought back all the relevant stuff my team would need.

What units were in the area? Did I have air support? Manpower? What were their skill levels? Did I have a nearby field good enough to land a chopper? Who could get to electricity? What about gas? Did someone remember to repack the medicine box after the latest inventory? Will we have comms where we're going? What if we don't?

The reality was, we never knew what we were going to find. "Man down" calls, often called "One down" today in honor of the sexual revolution, could mean anything: drug overdose, shooting, stabbing, a fall, or a medical emergency. A person was likely unconscious. That's all we knew.

Emergency situations were always fluid. We might realize that there was a domestic disturbance and the person "down" was a victim of abuse or family assault. Scenes could never be presumed to be completely "secure." Domestics usually involved passion. Passion had potential to lead to violence and unpredictable reactions from both victims and the crowd. We had to be ready for anything.

We never knew when we'd find ourselves surrounded by gang members who either wanted or didn't want an outcome influenced by emergency services. We never knew when a seemingly alert and oriented patient was going to drop like a sack of potatoes in front of us. We never knew when we might be called upon to climb into the burning hulk of a ship to extract fallen fire fighters. When the unidentified container we hit with a cooling stream of water turned out to be a bomb deliberately placed to take you out. Or when a partner who was just behind you on the roof of a burning warehouse - wasn't behind you anymore, but fallen through three layers of roof into a raging fire. All of these situations and more, I personally experienced.

Ordinary time is just as unpredictable for those who have the eyes to see or ears to hear. Movies and dinners might be interrupted. Sleep is never assured. A drive to the mall might land a responder in a ditch smashing a windshield, cutting a seatbelt, and trying to avoid blood splatter to the eye.

Preparedness kept us alive. When unexpected things happen is not the time to try to start getting ready. We bring whatever we have to every scenario. If we don't have it before we get there, we probably won't have it. Period.

Knowledge is a must. Skills and understanding don't come easily. They must be earned and re-earned over and over again.

Personal protective gear - even something as simple as gloves and eye protection, must be accessible at all times. An old salt once told me that victims are called that for a reason - don't add to their numbers.

Awareness of surroundings: resources, skills, egress, conditions... all must become almost second nature. Note those wires overhead, the unmarked containers, the hanging icicles, the discoloration in the grass or flame... anything out of the ordinary and try to understand what it means (or could mean) if the situation your in changes suddenly.

Depending on who you are and what level of commitment you chose to make to helping yourself and others, you may need to know if your spare tire has air in it, or you might need to recall the 5 emergency drugs you can push through an endotracheal tube. The point is, know something. Don't assume that life always takes the happy path.

No matter what our situation, it never hurts to add a little preparedness to our lives and to the lives of those around us. It's not playing chicken little to plant seed in the spring for a harvest we know will mature in the fall. It's called being smart.

You need to be a member of The Prepared Community to add comments!