Eating Earthworms and Other Wilds

Disgusting, slimy, crawly worms... Did you ever wonder if they were edible?

According to the Louisiana Department of Environmental Quality:

EatTheWeeds.com, a popular Web site for people who want to learn about edible plants, also talks 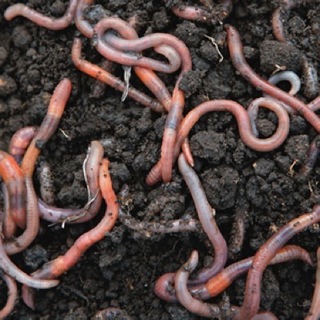 about eating earthworms. In this article, the author writes:

Earthworms are consumed in their entirety, no bones, viscera or waste involved. And there can be up to 1.75 million of them per acre. You may not know how to hunt, trap or fish, you certainly know how to dig.  And while they can be dug up easily in many places, it is also efficient to pick them up off the ground after a heavy rain.

He also tells us that American Indians used to dry and store earthworms for winter use. The caution with these critters is to avoid areas sprayed with insecticides, areas where other animals leave behind waste, and other contaminated soils. To make them more palatable, several sources recommend soaking them in water for a few hours. This apparently removes whatever is in their gut.

So, it would seem that earthworms can be eaten in a pinch or if you happen to have a hankering for creepy crawlers. It certainly saves energy expended on hunting larger game. Just be sure to save a few for the fish if you ever get stuck in the wild. They make great bait!

What other wild, potentially life-saving foods do you know about?

Well I can bring the side dishes for those 'proteins'.  In April I 'm attending a Wild Edible Plants and Gourmet Cooking weekend event.  It's another facet to prepardness/survival and much more palatible for me then earthworms.

There might be more spaces if anyone is interested, typically older children can also participate with a parent.

The Mid Alantic Primtive Skills (MAPS) group is hosting the Edible Plant and cooking weekend. My primary focus has always been along the lines of wilderness survival.

This group has added flavor to that with the 'primitive' arts like flint knapping or hide tanning if that is your interest.  This is the link directly to the 'cooking' weekend http://www.mapsgroup.org/index.php?option=com_eventlist&view=ev...

Just like CERT also adds valuable tools and skills!  MAPS has also hosted Wilderness Survival/medicine classes similar to what CERT has done in the past, but they charge for it. A couple of years ago Cody Lundin was my instructor!   He's a prominent survival expert and definately an extremist, Google him.

Well that should be enough information to getcha all going.  Let me know if you have any questions or would like to tag along on my trip in April.